Ants are social insects, which live together in distinct colonies. Within each colony are different types of individuals, each with a specific function. All ant colonies contain one or more reproductives, most notably the queen, whose primary purpose is to lay eggs. Colonies also contain adult worker ants that feed and care for the queens and developing brood.  Learn More

Reeling from the roach problem in your home? Roaches are surely on the list of the most unwanted visitors you could ever have in your house. The thought of these creepers crawling over your property, your personal belongings, your food, even your skin, can send you screaming for help. Roaches can do damage to your clothes, books, and other things. Learn More

Spider Control in Northern California Many people fear or dislike spiders but, for the most part, they are beneficial because of their role as predators of insects and other arthropods, and most cannot harm people. Spiders that might injure people—for example, black widows—generally spend most of their time hidden under furniture or boxes, or in woodpiles, corners, or crevices. Learn More

Flea Control Fleas are tiny, wingless insects that measure about 1/16 of an inch in length. Most common in our Northern California backyard is the Reddish-Brown Cat Flea (Centocephalides Felis) which will attack both cats and dogs. Behavior All fleas do is feed and breed. They spend their lifetime “wining and dining” on your pet and reproducing. Learn More

Both Snails and Slugs are members of the mollusk phylum and are similar in structure and biology, except slugs lack the snail’s external, spiral shell. These mollusks move by gliding along on a muscular “foot.” This muscle constantly secretes mucus, which facilitates their movement and later dries to form the silvery “slime trail” that signals the presence of either pest.…Learn More

Learn More about Mosquitoes Mosquitoes are probably one of the most hated creatures in the world. These pesky pests carry disease and suck blood from everything that moves. Interesting for mosquitoes as they have an endless supply of food, but not so interesting from the perspective of humans or animals! Learn More

How to get rid of bees and wasps Summers in Northern California are so blissful. The sweet scent of the flowers, the whispering trees, the gentle breeze and your peace is interrupted by the buzz of bees and wasps. Further investigation leads to an unwanted beehive or wasps nest. Learn More

Be Brave about Beetles Beetles are found in almost all climactic regions with an exception of polar and saltwater regions. They are mostly found on land, and some can be seen in freshwater bodies too. But they have some unique habits. Want to know more about them? Learn More

Fascinating facts about flies These pesky pests can really make themselves at home, unless we take preventive measures. And whether we like it not, some flies can actually create a lot of health hazards. There are almost 100,000 species in the world and have an average life span of 30 days. Learn More

Some Notable Facts About Silverfish Silverfish infestation can be quite annoying. They are quite adaptive in nature and they can live in almost any climate. But their favorite dwelling places include damp and dark spaces like kitchens, basements and bathrooms. Paper and damp clothing are probably some of the most common places where you can find them. Learn More 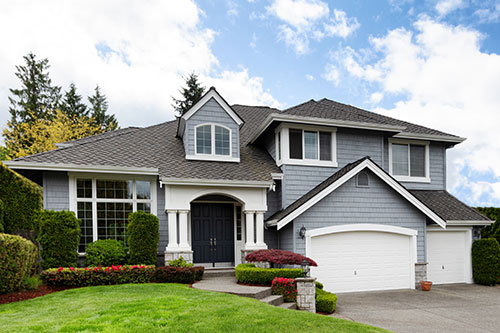